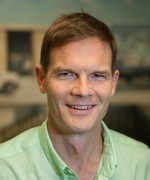 John started at Saunders Engine Company in 1999 and, early in his career, held positions as the Human Resources Manager and Vice President of Yacht Services. In 2008, John took on the role of President and CEO of Saunders Yachtworks, where he oversaw the company’s expansion into a full-service boatyard in Gulf Shores, Ala. Today, John has full responsibility for the performance of all Saunders’ recreational marine businesses and is most active in the sales and customer service functions of the company. He also represents the company at local, regional, and national events like fishing tournaments and boat shows. John is active in the recreational marine industry and is currently serving on the board of United States Superyacht Association (USSA) and Central Gulf Marine Trades Association (CGMTA). He is also a past president of the American Boatbuilders and Repairers Association (ABBRA) and a past board member for the Coastal Alabama Business Chamber and L’Arche Mobi